Most people watching the Church of England vote against women Bishops would be hard pushed to care. Church membership is declining as an increasingly secular society finds meaning in other places. But, you would be unwise to dismiss the vote too quickly.

The Church of England is awarded 26 seats in the House of Lords. 26 people can take those seats and vote on policy that affects your daily lives. After the vote on the 20th of November those seats can only be filled by men.

That is why a petition was set up to ask the Government to remove the automatic right of the Church of England to seats in the House of Lords. The Church can vote any way it pleases, that is its democratic right but it must accept the impact this has on its ability to legislate for the rest of the United Kingdom. Current Equality legislation must be extended to the Bishops in the House of Lords.

“We call on the Govt to remove the right of the Church of England to have automatic seats in the House of Lords, in line with its commitments to equality and non-discrimination, set out in the Equality Act (2010) and the Convention on the Elimination of all forms of Discrimination Against Women (1979).”

Liberal Democrat leader Nick Clegg announced today that the government will abandon its plans for reform of the House of Lords. The British Humanist Association (BHA) is disappointed at this decision, because we hoped that Lords Reform would provide an opportunity for removing the right of Bishops to reserved seats in Parliament. However, we were critical of the Government’s plans, because they included retaining the Bishops, and launched our Holy Redundant campaign, which called for the removal of the Bishops from Parliament. We called on our supporters to e-mail their MPs and Nick Clegg to urge them to support the removal of the Bishops, and thousands responded.

The e-mails certainly ensured our voice was heard. Mark Harper MP, Parliamentary Under-Secretary of State at the Cabinet Office, revealed on 23 May that of all the letters received by the Government on Lords Reform, the majority had concerned the Bishops. The Government’s intention of retaining the Bishops was also heavily criticised during Parliamentary debate in July, with one in every five speakers referring to ending the role of the Lords Spiritual in a reformed House. Within hours of the Bill’s introduction, amendments to remove the Bishops had been tabled by Chris Bryant MP (Rhondda). Sadly, with reform of the House of Lords now abandoned, Parliament will no longer be voting on these amendments.

Pavan Dhaliwal, BHA Head of Public Affairs, commented, ‘We were critical of the Government’s plans for reform of the House of Lords because they included retaining the Bishops. However, our campaigning pushed the role of the Bishops onto the political agenda, raising hopes that the Government’s plan for reform could be changed and more recently, we supported amendments which would have led to the removal of the Bishops.

‘Now that Lords reform has been taken off the agenda, we are disappointed that this opportunity has passed. However, we will continue to argue against the presence of Bishops in Parliament, which is an unfair form of religious privilege which should have no place in a democratic society.’

The British Humanist Association is the national charity working on behalf of ethically concerned, non-religious people in the UK. It is the largest organisation in the UK campaigning for an end to religious privilege and to discrimination based on religion or belief, and for a secular state.

Over the course of two Parliamentary debates, the Government’s proposals to retain Church of England bishops in the legislature came under sustained attack. What’s more, within hours of the Bill’s introduction, an amendment to remove the bishops had been tabled by Chris Bryant MP.

In the wake of these debates, the Government had intended to hold a vote on a Programme Motion. This would have limited Parliament’s debating time to a dozen days, ensuring the Bill passed swiftly. However, in the face of a substantial backbench rebellion, the Motion was withdrawn at last minute.

The prospect of reform is not gone however, just delayed a bit. The Government will still introduce a Programme Motion, though it will attempt to do so when Parliament returns in the autumn. In the meantime, ministers will be meeting with parliamentarians of all hues seeking concessions which might guarantee the Bill support in the Commons.

Thanks to the thousands of messages emailed to MPs through our website and the strong objections voiced in Parliament, the unjust privilege afforded to Church of England bishops is now firmly among the leading issues of Lords Reform.

We need to keep up the pressure though. Click here to email your MP and Nick Clegg, reminding them of the sheer scale of popular and parliamentary opposition to the Lords Spiritual and asking them to support Chris Bryant’s amendment.

Reform of the House of Lords has been high on the news agenda this week. Over Monday and Tuesday, two lengthy debates were held on the Government’s proposed Bill. Throughout, the unjust proposals to continue reserving seats exclusively for men of the Church of England came under intense scrutiny and criticism.

In best traditional list fashion, we’ve picked out our 10 favourite contributions below.

Katie Ghose, Chief Executive of the Electoral Reform Society; a member of the Counting Women IN coalition.

The Counting Women IN campaign is fighting for 50/50 gender representation at all levels of government across theUK.

The under representation of women in Westminster, the devolved assemblies and in our town halls, represents a democratic deficit that undermines the legitimacy of the decisions made in these chambers. It is disgraceful that men currently outnumber women inWestminsterfour to one – this has to change.

At present a paltry 22% of the Lords are women but the House of Lords Reform Bill provides a vital opportunity to begin to redress this imbalance.

A new, reformed Chamber must be representative of the population as a whole and must draw equally on the experiences and expertise of women and men. Our Government has a legal duty to assess how measures for reform could promote equality and tackle discrimination and if they are serious about this then representation of women must be at the heart of the agenda to reform the Lords.

Serious consideration should therefore be given to the 26 seats in the chamber currently reserved for Church of England Bishops. This provision means 26 seats are reserved for men, a situation which will continue to have an impact on equality and diversity in a reformed Chamber if it is not resolved.

The lack of women in politics sends a clear signal to other walks of life: it is acceptable to cut women out from positions of power. This reform offers a once in a generation opportunity to increase the presence and voice of women in the Upper House; we must not waste it.

At the current rate of change our daughters will be drawing their pensions before they have an equal say in the decisions that affect our lives.  We can and must do better than this.

Join the call for change at www.countingwomenIN.org 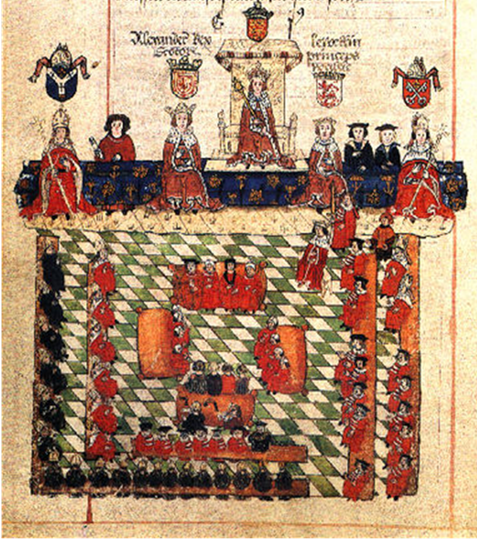